Wonders of our garden: The moringa, a plant that gives life

Moringa is a plant native to northern India which according to some scientific studies, could serve to combat hunger and malnutrition in the world because of its high nutritional value, which has led many countries to cultivate it. This plant, in itself, is considered a food and not as a medicinal herb.

It is a tree that grows easily and quickly, in almost any soil, and whose virtues were already known in antiquity by the early Romans, Greeks and Egyptians. Ayurvedic medicine (traditional Indian medicine), relates this plant with the treatment and prevention of over 300 health problems. 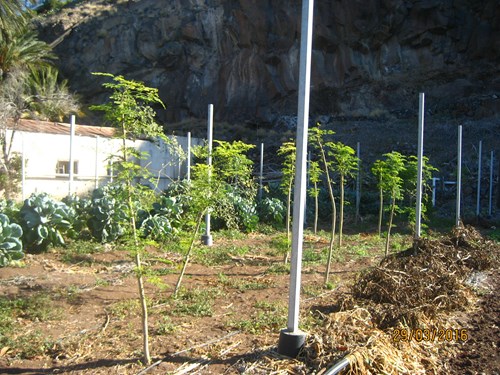 The United States Department of Agriculture (USDA) states that moringa contains 18 of the 20 amino acids and of these 9 essential amino acids.

FAO says its leaves are rich in protein, vitamins A, B and C, and minerals. Leaves, high in calcium and iron, are used as equivalent spinach. They also contain high doses of cystine and Methionine, a type of amino acids that are often scarce. Leaf, is the best known part of the moringa and can be found for infusion or powder and used in smoothies, stews, soups ... In powder, take up to two tablespoons per day and per person.

100g green leafy contain 4 times more vitamin A than the same amount of carrots; 7 times more vitamin C than oranges equivalent; twice as much calcium than cow's milk; 3 times more potassium than bananas the same proportion; much protein as egg and more than twice that containing cow's milk. In addition to the leaves, it is also edible flower, fruit and seeds.

In the pods there are also large amounts of vitamin C and potassium and seeds are full of aromatic oil containing about 30-40% of oil rich in oleic acid. This oil can be used for cooking, as a cosmetic, lubricant or biodiesel. The residue of squeezed seed can be used as water purifier because it has flocculant activity causing undesirable impurities and water bodies they are joined together and settle (they leave the bottom).

Benefits of moringa as food for our health

In our Eco Finca Tecina project we grow these wonderful plants for Health. You can taste the moringa in any of the dishes of our cuisine and visit our garden and see first hand our fruits and fresh seasonal vegetables ... cultivated following the principles of organic farming.