Phoenix dactylifera, commonly known as date or date palm, is a flowering plant species in the palm family, Arecaceae, cultivated for its edible sweet fruit. Although its place of origin is unknown because of long cultivation, it probably originated from lands around Iraq. The species is widely cultivated and is naturalized in many tropical and subtropical regions worldwide.

Dates have been a staple food of the Middle East and the Indus Valley for thousands of years. There is archaeological evidence of date cultivation in eastern Arabia in 6000 BCE. (Alvarez-Mon 2006).[full citation needed] They are believed to have originated around what is now Iraq, and have been cultivated since ancient times from Mesopotamia to prehistoric Egypt, possibly as early as 4000 BCE. The Ancient Egyptians used the fruits to make date wine, and ate them at harvest.

There is also archeological evidence of date cultivation in Mehrgarh around 7000 BCE, a Neolithic civilization in what is now western Pakistan. Evidence of cultivation is continually found throughout later civilizations in the Indus Valley, including the Harappan period 2600 to 1900 BCE.

In later times, traders spread dates around South West Asia, northern Africa, and Spain. Dates were introduced into Mexico and California by the Spaniards in 1765, around Mission San Ignacio.

A date palm cultivar, known as Judean date palm is renowned for its long-lived orthodox seed, which successfully sprouted after accidental storage for 2000 years.[11] This particular seed is presently reputed to be the oldest viable seed, but the upper survival time limit of properly stored seeds remains unknown.

Fossil records show that the date palm has existed for at least 50 million years. 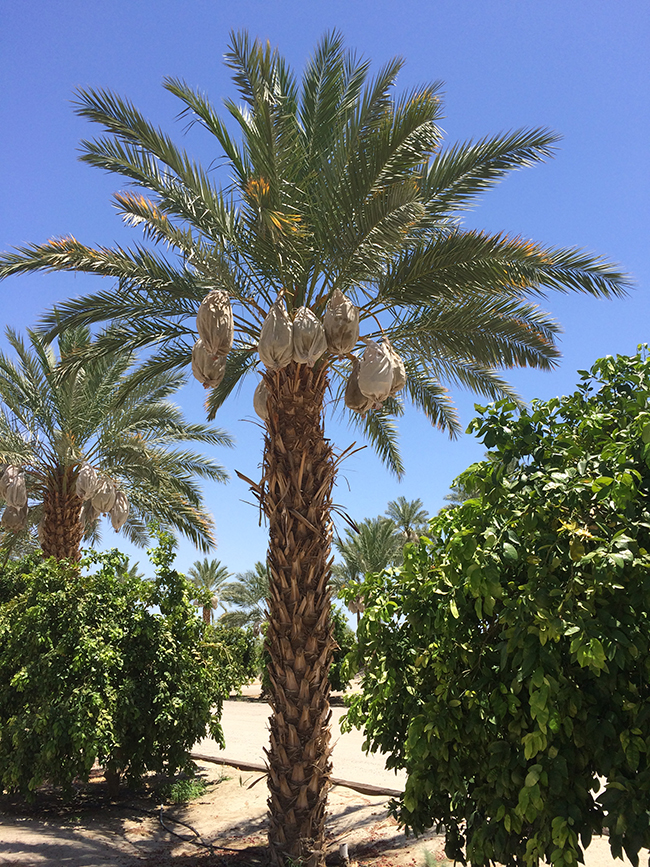