The lemon (Citrus × limon) is a species of small evergreen tree native to Asia.

The tree's ellipsoidal yellow fruit is used for culinary and non-culinary purposes throughout the world, primarily for its juice, which has both culinary and cleaning uses. The pulp and rind (zest) are also used in cooking and baking. The juice of the lemon is about 5% to 6% citric acid, which gives a sour taste. The distinctive sour taste of lemon juice makes it a key ingredient in drinks and foods such as lemonade and lemon meringue pie.

The origin of the lemon is unknown, though lemons are thought to have first grown in Assam (a region in northeast India), northern Burma or China. A study of the genetic origin of the lemon reported it to be hybrid between bitter orange (sour orange) and citron.

Lemons entered Europe near southern Italy no later than the first century AD, during the time of Ancient Rome. However, they were not widely cultivated. They were later introduced to Persia and then to Iraq and Egyptaround 700 AD.[1] The lemon was first recorded in literature in a 10th-century Arabic treatise on farming, and was also used as an ornamental plant in early Islamic gardens. It was distributed widely throughout the Arab world and the Mediterranean region between 1000 and 1150.

The first substantial cultivation of lemons in Europe began in Genoa in the middle of the 15th century. The lemon was later introduced to the Americas in 1493 when Christopher Columbus brought lemon seeds to Hispaniola on his voyages. Spanish conquest throughout the New World helped spread lemon seeds. It was mainly used as an ornamental plant and for medicine.In the 19th century, lemons were increasingly planted in Florida and California.

In 1747, James Lind's experiments on seamen suffering from scurvy involved adding lemon juice to their diets, though vitamin C was not yet known.

The origin of the word "lemon" may be Middle Eastern. The word draws from the Old French limon, then Italian limone, from the Arabic laymūn or līmūn, and from the Persian līmūn, a generic term for citrus fruit, which is a cognate of Sanskrit (nimbū, “lime”). 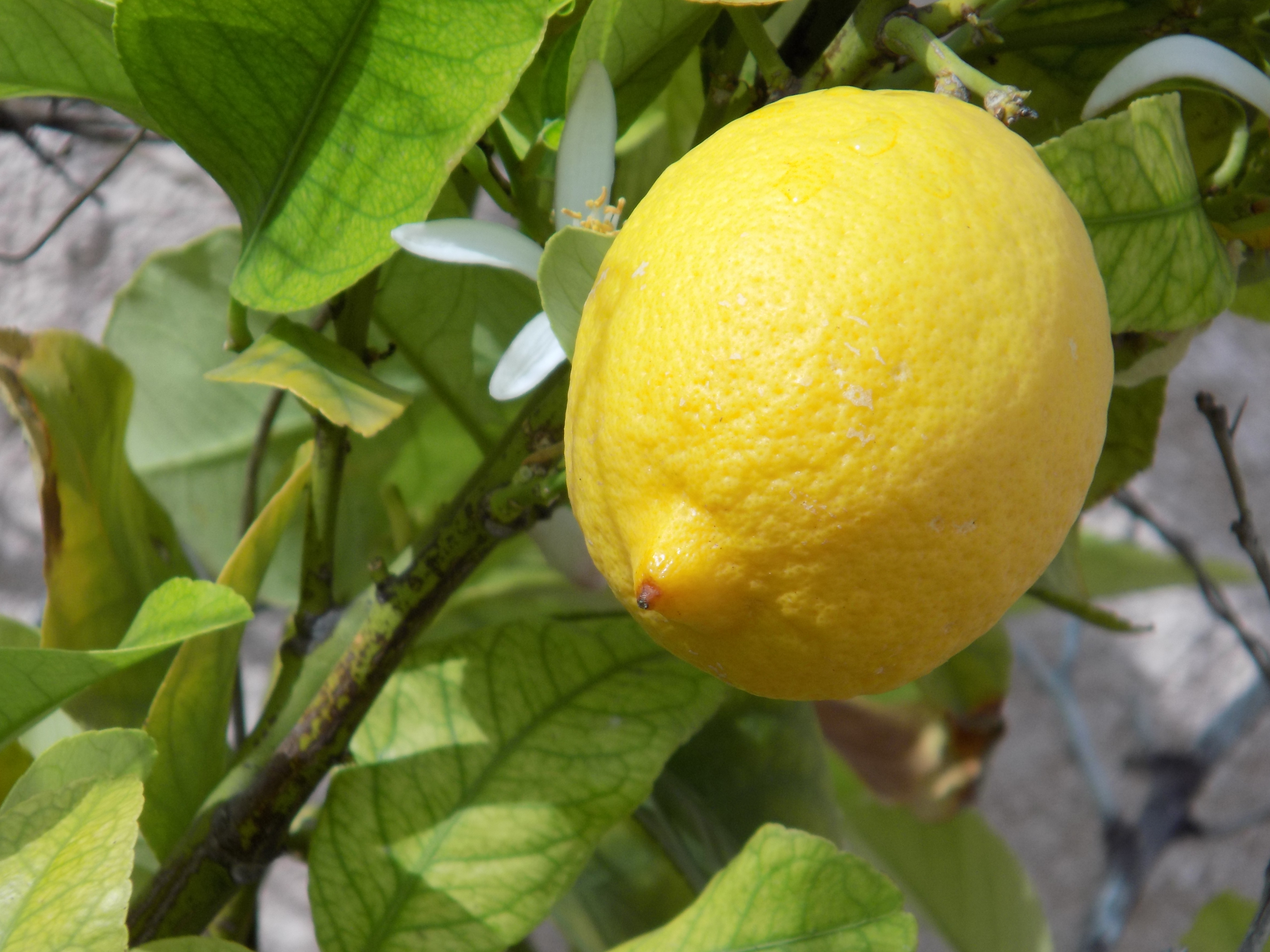