Traditions are often born from legends; and at Hotel Jardín Tecina have created a tradition from the most famous legend of La Gomera and one of the most known legends of the Canary Islands: the love story of Gara and Jonay.

At Hotel Jardín Tecina we like to celebrate this passionate legend when having nights of full moon; because, what’s a better way to celebrate a love story than through a romantic dinner?

We have created an evocative menu that pays tribute to myth lovers. Simply spectacular! Astronomy and gastronomy at the service of our friends; culture and traditions from our island transformed for the enjoyment of our palates!

This dinner will be a sensory experience that goes beyond taste, as it is spiced up by the narration of our own legend of Gara and Jonay, told by our best narrator '' Jürgen ''. We want the evening to be a delicious and unrepeatable experience at all levels, providing for our guests with another opportunity to enjoy the products of our Eco Finca Tecina. Vegetables, fruits and seasonal local aromatic herbs, grown on our farm, will also be included in our Full Moon menu.

But, when does this tradition take place?

It is enough to take a look at the lunar calendar to know it; and this year, it will be especially important for our dinner + legend because we have started the year with a full moon. But there will be many other occasions in 2018: 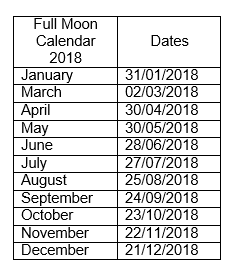 It could not be anywhere else than; The Gara Restaurant 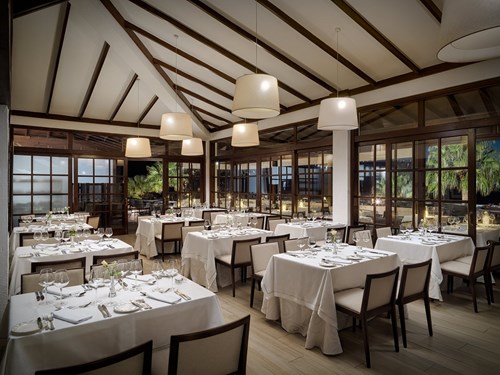 But what exactly is the story of Gara and Jonay?

We have combined oral and written traditions to tell the sad story about the forbidden love between Princess Gara and her suitor, Prince Jonay. Gara was the princess of La Gomera, while Jonay was the prince of Tenerife. According to the legend, Gara saw her destiny in “Los Chorros de Espina” who warned her of a fire danger.

Nowadays you can visit “Los Chorros de Espina”, which according to the tradition these help to find a couple. As it is said: «If you drink from the seven pipes you get married before a year».

Jonay, guided by a pure feeling, was swimming from Tenerife to La Gomera. The distance was enormous, so he used the skins of several goats to float. He also chose a full moon night to have better visibility (and in his honor we tell the story on a full moon night). When he arrived in La Gomera, he noticed that several men wanted the princess.

And of course, it was a pity as he had instantly interpreted the feeling that made him swim across the see as love.

Gara felt strongly attracted to the prince, but she had to reject him because he did not belong to her lineage. Jonay,  was blindly in love, and insisted again, facing a new negative from Gara. The young man became so enraged that he hit her. When the royal family knew about this incident, the king, to defend the honor of the princess, ordered the arrest of the prince. Despite the pleas of the princess, once the prince was arrested, he was immediately sentenced to death by the king. Gara then released him and fled with him, but the king's soldiers chased the couple at the highest point on the island. As the couple did not want to live without each other, they killed themselves by sticking two wooden darts into their hearts.

How could water and fire be together? At least, they were together after death. The high place that was the frame of their deaths received the name of the two: the mountain of Garajonay. Today we can visit in the wonderful Garajonay National Park.

Logically, the historical basis of this legend is lost in the origin of time; and although historians, writers, and ethnologists have investigated it in depth, there is still no consensus about it. In fact, the versions of the events vary a lot. The one described above is one of the most popular and we have reinterpreted it in terms of gastronomy!

We invite you to spend an unforgettable full moon with us.