The great blue whale, a regular visitor to La Gomera

If you love the sea and the cetaceans, you can not miss La Gomera. Its waters, which remain calm during most of the year, as well as the situation of this enclave (leeward of the trade winds) and the particularities of the relief of the island, give rise to a high density of phytoplankton and zooplankton, and Of its primary consumers, who are in turn prey to cetaceans.

Specifically, on the southwest coast of the island, there is an ideal area for whale watching: the Santiago-Valle Gran Rey,

This area, which covers an area of ​​13,139.09 hectares, is a place of Community interest and forms part of the Natura 2000 network (the European network of natural areas whose objective is the conservation of natural habitats and the most endangered species of Europe).

In this site, we can find 21 of the 26 species of cetaceans cited in the Canary Islands, counting, therefore, with the greatest diversity of cetaceans of the European Union in relation to its surface.
Among the species of cetaceans we can see in this area is the blue whale or blue whale (Balaenoptera musculus).The blue whale, belongs to the whales family, which also includes the humpback whale, common whale, Bryde's whale, sei whale and minke whale. 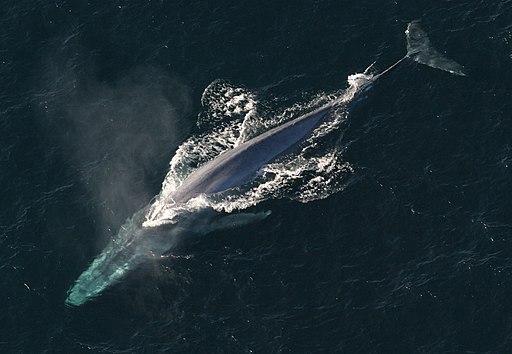 They inhabit all the oceans of the world and make long migrations to tropical waters during the winter months to mate and give birth to their young. It is thought, that it uses the archipelago as it migrates northward in spring, and back to tropical waters in autumn.
As regards their length, the blue whales of the southern hemisphere reach a length of 27 to 30 meters and those of the northern hemisphere are usually smaller, between 23 and 24.5 meters. Its weight, usually between 100 tons and 150 tons, being the females bigger than the males, It feeds almost exclusively on small beings, such as euphausiids or krill.

In summer, the blue whale is "stuffed" with food, consuming a staggering 4 tons each day, which means eating up to 40 million krill in a day. In this task, it uses its 260 to 400 superimposed fringes or beards (composed of keratin) hanging on each side of the upper jaw and used to filter the water loaded with krill. These beards replace the teeth, which they lack.

Although they may be found alone or in small groups, it is more common to see blue whales in pairs. They are fast swimmers capable of reaching 30 miles per hour (48.3 km / h) when they feel threatened, but their usual cruising speed is 19.3 km / h.

Find out in our hotel the excursions that are made on the island and enjoy the whales a few meters away. An unforgettable experience!