The sebadales of La Gomera

In the waters of La Gomera, there are different types of natural habitat: blanquizales areas, sand bottoms populated by eel banks, underwater caves, reefs, maërl communities and sebadales. Of these habitats, the sebadales have an undoubted ecological value.

They stand out for their importance for the maintenance of the health of the marine environment by producing oxygen and organic matter from CO² and nutrients. They cleanse the sea water and protect the small fish, and also prevent many beaches from disappearing with the storms, since their roots prevent the sea currents from taking the sand from the beaches.

In La Gomera, they are on the south coast of the island and coinciding with the mouth of some ravines such as the Guancha. They are generally located a few meters from the shore and less than 20 meters deep. 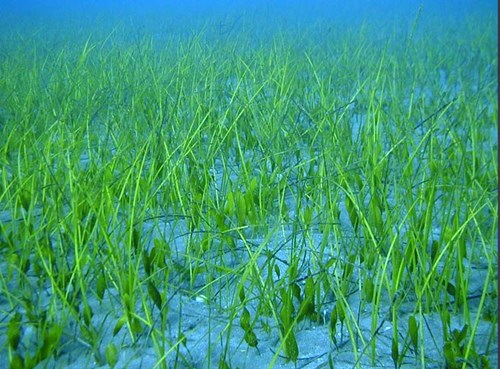 But, what is a sebadal?

They are prairies of marine phanerogams known in the Canary Islands as "sebadales" since they are integrated mainly by the species Cymodocea nodosa, commonly known like "seba".

This species is distributed only in the Mediterranean and on the northeastern African coast (southern Portugal, the Canaries, Northern Mauritania and Senegal), the populations of the Canary Islands being the most relevant internationally.

They constitute the marine habitat, on sandy substrate, more important of Canarias. Curiously, they are not algae, but marine plants that resemble the grasses we know as grasses (wheat, barley ...) and therefore have root, stem and leaves.

The meadows of seba are an infallible indicator of the good state of conservation of the coastal ecosystem being vital for the conservation of many species of fishing interest.

Hundreds of algae (many of them live above sea grass) and marine animals also play an important role as a breeding and shelter area for juveniles of many invertebrate species and fish of economic importance, such as , Mullets, old whites, whales, seahorses, bream, bogas, gueldes, cabrillas, samas, etc.

Of the sebadales, cuttlefish, anemones, worms, conchs, sponges, crustaceans, molluscs depend ... Being absolutely essential for seahorses (the species Hippocampus ramulosus cataloged as vulnerable in the Catalog of Threatened Species of the Canary Islands) and pejepipas. In addition, juvenile loggerhead turtles (Caretta caretta) are often found in certain areas of sebadal, a world-threatened species, and thus protected at regional, national and community levels.

As you can see, keeping the sebadales in good condition will help conserve the biodiversity of the marine world.