Aloe vera is a plant species of the genus Aloe. It grows wild in tropical climates around the world and is cultivated for agricultural and medicinal uses. Aloe is also used for decorative purposes and grows successfully indoors as a potted plant.

It is found in many consumer products including beverages, skin lotion, cosmetics, or ointments for minor burns and sunburns. There is little scientific evidence of the effectiveness or safety of Aloe vera extracts for either cosmetic or medicinal purposes. Studies finding positive evidence are frequently contradicted by other studies.

Aloe vera is a stemless or very short-stemmed plant growing to 60–100 cm (24–39 in) tall, spreading by offsets. The leaves are thick and fleshy, green to grey-green, with some varieties showing white flecks on their upper and lower stem surfaces. The margin of the leaf is serrated and has small white teeth. The flowers are produced in summer on a spike up to 90 cm (35 in) tall, each flower being pendulous, with a yellow tubular corolla 2–3 cm (0.8–1.2 in) long. Like other Aloe species, Aloe vera forms arbuscular mycorrhiza, a symbiosis that allows the plant better access to mineral nutrients in soil.

Aloe vera leaves contain phytochemicals under study for possible bioactivity, such as acetylated mannans, polymannans, anthraquinone C-glycosides, anthrones, other anthraquinones, such as emodin and various lectins.

The species has a number of synonyms: A. barbadensis Mill., Aloe indica Royle, Aloe perfoliata L. var. vera and A. vulgaris Lam. Common names include Chinese Aloe, Indian Aloe, True Aloe, Barbados Aloe, Burn Aloe, First Aid Plant. The species epithet vera means "true" or "genuine". Some literature identifies the white-spotted form of Aloe vera as Aloe vera var. chinensis; however, the species varies widely with regard to leaf spots and it has been suggested that the spotted form of Aloe vera may be conspecific with A. massawana. The species was first described by Carl Linnaeus in 1753 as Aloe perfoliata var. vera, and was described again in 1768 by Nicolaas Laurens Burman as Aloe vera in Flora Indica on 6 April and by Philip Miller as Aloe barbadensis some ten days after Burman in the Gardener's Dictionary.

Techniques based on DNA comparison suggest Aloe vera is relatively closely related to Aloe perryi, a species endemic to Yemen. Similar techniques, using chloroplast DNA sequence comparison and ISSR profiling have also suggested it is closely related to Aloe forbesii, Aloe inermis, Aloe scobinifolia, Aloe sinkatana, and Aloe striata. With the exception of the South African species A. striata, these Aloe species are native to Socotra (Yemen), Somalia, and Sudan. The lack of obvious natural populations of the species has led some authors to suggest Aloe vera may be of hybrid origin.

The natural range of A. vera is unclear, as the species has been widely cultivated around the world. Naturalised strands of the species occur in the southern half of the Arabian Peninsula, through North Africa (Morocco, Mauritania, Egypt), as well as Sudan and neighbouring countries, along with the Canary, Cape Verde, and Madeira Islands. This distribution is somewhat similar to that of Euphorbia balsamifera, Pistacia atlantica, and a few others, suggesting that a dry sclerophyll forest once covered large areas, but has been dramatically reduced due to desertification in the Sahara, leaving these few patches isolated. Several closely related (or sometimes identical) species can be found on the two extreme sides of the Sahara: dragon trees (Dracaena) and Aeonium being two of the most representative examples.

The species was introduced to China and various parts of southern Europe in the 17th century. The species is widely naturalized elsewhere, occurring in temperate and tropical regions of Australia, South America, Mexico, the Caribbean and southeastern US states. The actual species' distribution has been suggested to be the result of human cultivation (anthropogenic). 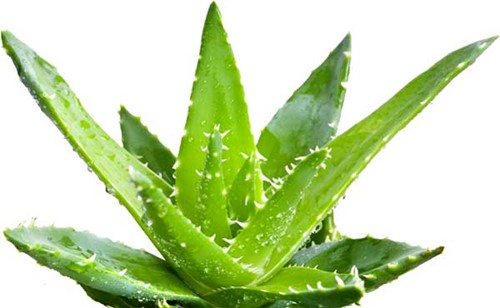