Lantana camara, also known as big-sage (Malaysia), wild-sage, red-sage, white-sage (Caribbean) and tickberry (South Africa), is a species of flowering plant within the verbena family, Verbenaceae, that is native to the American tropics.

Lantana camara, often planted to embellish gardens, has spread from its native Central and South America to around 50 different countries, where it has become an invasive species It spread from the Americas into the rest of the world when it was brought back to Europe by Dutch explorers and cultivated widely, soon spreading into Asia and Oceania, where it established itself as a notorious weed.

Lantana camara will often outcompete other more desirable species, leading to a reduction in biodiversity. It can also cause problems if it invades agricultural areas as a result of its toxicity to livestock as well as its ability to form dense thickets which if left unchecked can greatly reduce the productivity of farm land.

The name Lantana derives from the Latin name of the wayfaring tree Viburnum lantana, the flowers of which closely resemble Lantana.

Lantana camara is a small perennial shrub which can grow to around 2 m tall and form dense thickets in a variety of environments. Due to extensive selective breeding throughout the 17th and 18th Centuries for use as an ornamental plant there are now many different L. camara cultivars.

Lantana camara has small tubular shaped flowers which each have four petals and are arranged in clusters in terminal areas stems. Flowers come in many different colours including red, yellow, white, pink and orange which differ depending on location in inflorescences, age, and maturity. After pollination occurs the colour of the flowers change (typically from yellow to orangish, pinkish, or reddish), this is believed to be a signal to pollinators that the pre-change colour contains a reward as well as being sexually viable, thus increasing pollination efficiency.

The leaves are broadly ovate, opposite, and simple and have a strong odour when crushed.

The fruit of L. camara is a berry-like drupe which turns from green to dark purple when mature. Both vegetative (asexual) and seed reproduction occur. Up to 12,000 fruits can be produced by each plant which are then eaten by birds and other animals which can spread the seeds over large distances, facilitating the spread of L. camara. The flower has a tutti frutti smell with a pepper undertone. 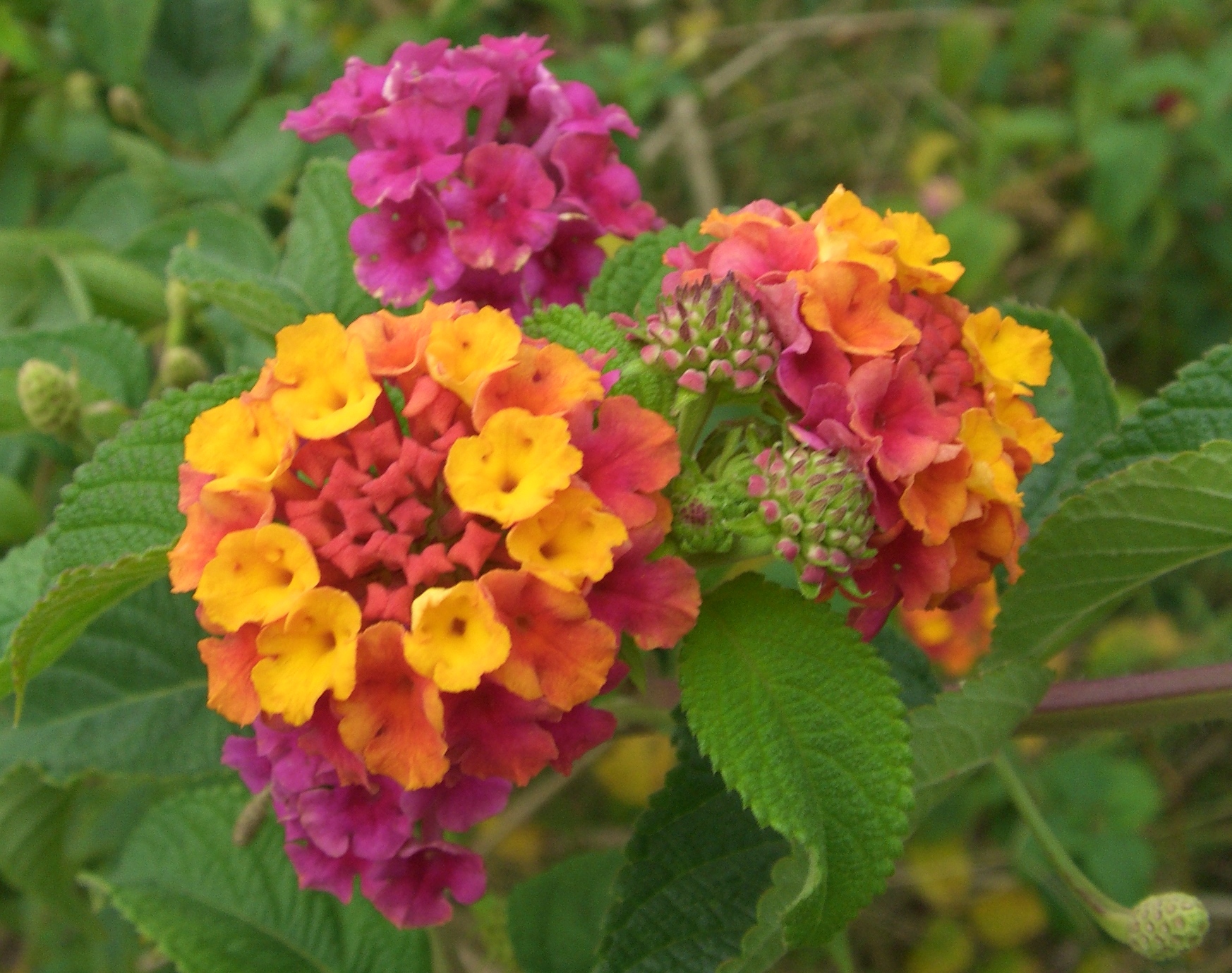