The mandarin orange , also known as the mandarine, is a small citrus tree with fruit resembling other oranges.

Mandarins are usually eaten plain or in fruit salads. Specifically reddish-orange mandarin cultivars can be marketed as tangerines, but this is not a botanical classification.

Mandarins are smaller and oblate, rather than spherical like the common oranges (which are a mandarin hybrid). The taste is considered less sour, as well as sweeter and stronger. A ripe mandarin is firm to slightly soft, heavy for its size, and pebbly-skinned. The peel is very thin, with very little bitter white mesocarp, so they are usually easier to peel and to split into segments. Hybrids generally have these traits to a lesser degree.

The tree is more drought-tolerant than the fruit. The mandarin is tender and is damaged easily by cold. It can be grown in tropical and subtropical areas.

According to molecular studies, the mandarin, the citron, the pomelo, and the papeda were the ancestors of most other commercial citrus varieties, through breeding or natural hybridization; mandarins are therefore all the more important as the only sweet fruit among the parental species.

The name "mandarin orange" is a calque of Swedish mandarin apelsin, first attested in the 18th century. The form "mandarine" derives from the French name for this fruit. The reason for the epithet "mandarin" is not clear, hypotheses ranging from the yellow colour of some robes worn by mandarin dignitaries to the mandarin being an excellent kind of Chinese orange.

Mandarins are generally peeled and eaten fresh. The fresh fruit is also used in salads, desserts and main dishes. Fresh tangerine juice and frozen juice concentrate are commonly available in the United States. The number of seeds in each segment (carpel) varies greatly.

The peel is used fresh, whole or zested, or dried as chenpi. It can be used as a spice for cooking, baking, drinks, or candy.

Canned mandarin segments are peeled to remove the white pith prior to canning; otherwise, they turn bitter. Segments are peeled using a chemical process. First, the segments are scalded in hot water to loosen the skin; then they are bathed in a lye solution, which digests the albedo and membranes. Finally, the segments undergo several rinses in plain water. They are often used in salads, desserts, and baking. 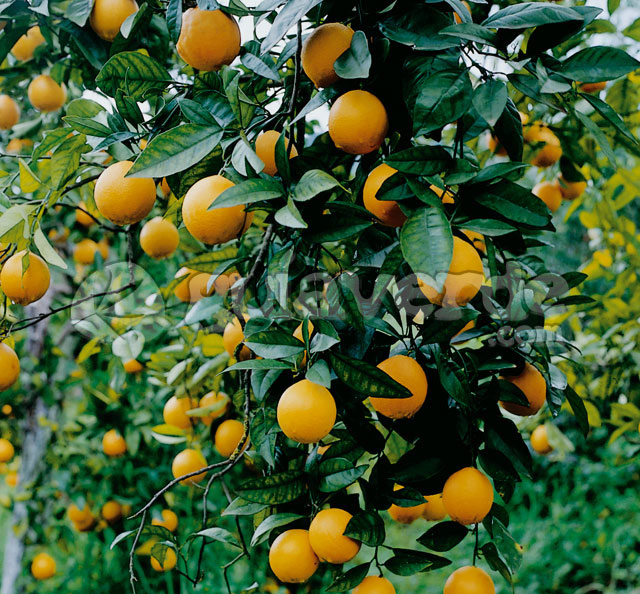