Laurus azorica (also called Azores Laurel) is a species of plant in the Lauraceae family, related to Laurus nobilis. It is a small aromatic tree. A recent study found considerable genetic diversity within L. nobilis, and that L. azorica is not genetically or morphologically distinct.

The azores laurel is a vigorous, conical tree that can vary greatly in size and height, sometimes reaching 10–18 metres (33–59 ft) tall. This species is very similar to Laurus novocanariensis. As the result of a recent taxonomic change, Laurus azorica is now restricted to the archipelago of the Azores, whereas former populations of this species from the western Canary islands including Gran Canaria and from the Madeira archipelago have been described as a new species, namely Laurus novocanariensis.

The Azores laurel is dioecious (unisexual), with male and female flowers on separate plants. Each flower is fragrant, creamy white, about 1 cm diameter, and they are borne in pairs beside a leaf.

The leaves are large, shiny dark green, broadly ovoid, 7–14 cm long and 4–8 cm broad, with an entire margin. The fruit is a black drupe about 1-2 cm long. 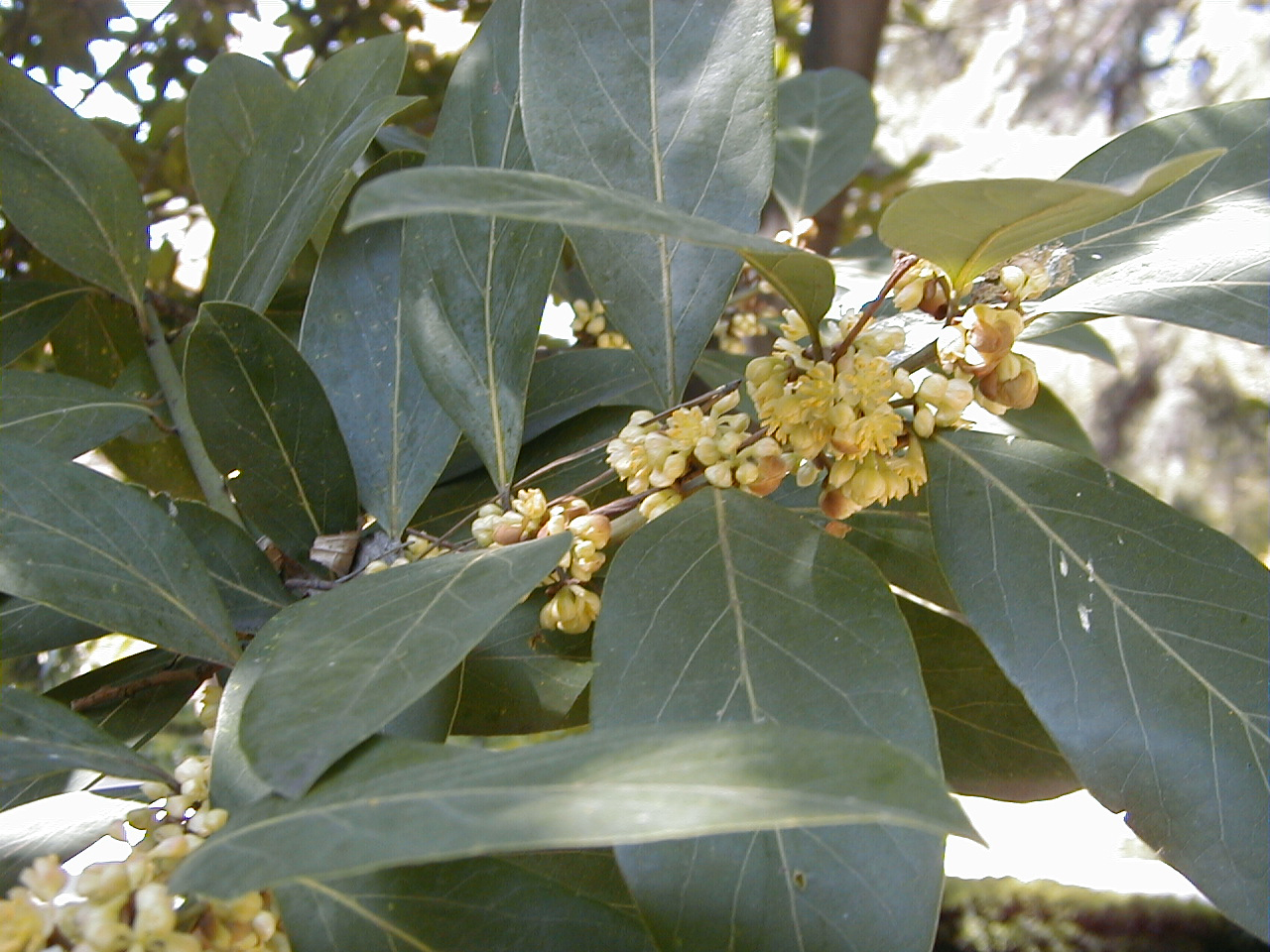