Plumeria rubra is a deciduous plant species belonging to the genus Plumeria. Originally native to Mexico, Central America, Colombia and Venezuela, it has been widely cultivated in subtropical and tropical climates worldwide and is a popular garden and park plant, as well as being used in temples and cemeteries. It grows as a spreading tree to 7–8 m (23–26 ft) high and wide, and is flushed with fragrant flowers of shades of pink, white and yellow over the summer and autumn. Its common names include frangipani,red paucipan, red-jasmine, red frangipani, common frangipani, temple tree,[1] or simply plumeria.

Plumeria rubra was one of the many species first described by the father of taxonomy Carl Linnaeus, and appeared in the 1753 edition of Species Plantarum. Its specific epithet is derived from the Latin ruber "red". The epithets acuminata, acutifolia, and lutea are seen, but these are invalid.

In Mexico the common name is Cacaloxochitl or Suchitl. The name comes from nahuatl and means Crow's flower. The common name in Australia is 'frangipani', although 'plumeria' is used in the United States. Other common names are 'red frangipani', 'common frangipani', 'temple tree', or simply 'plumeria'. The term melia is a Hawaiian one. The common name 'frangipani' comes from an Italian noblefamily, a sixteenth-century marquess of which invented a plumeria-scented perfume. In the Cook Islands, it is known as Tipani. It is grown extensively in southern and western parts of India, where it is named champa or a derivative thereof such as chaaphaa, champige etc. In Cambodia it is given the names châmpéi krahâ:m (also romanised as krahom, meaning 'red'), or châmpéi slük sruëch, while the French terms for the species is frangipanier à fleurs rouges 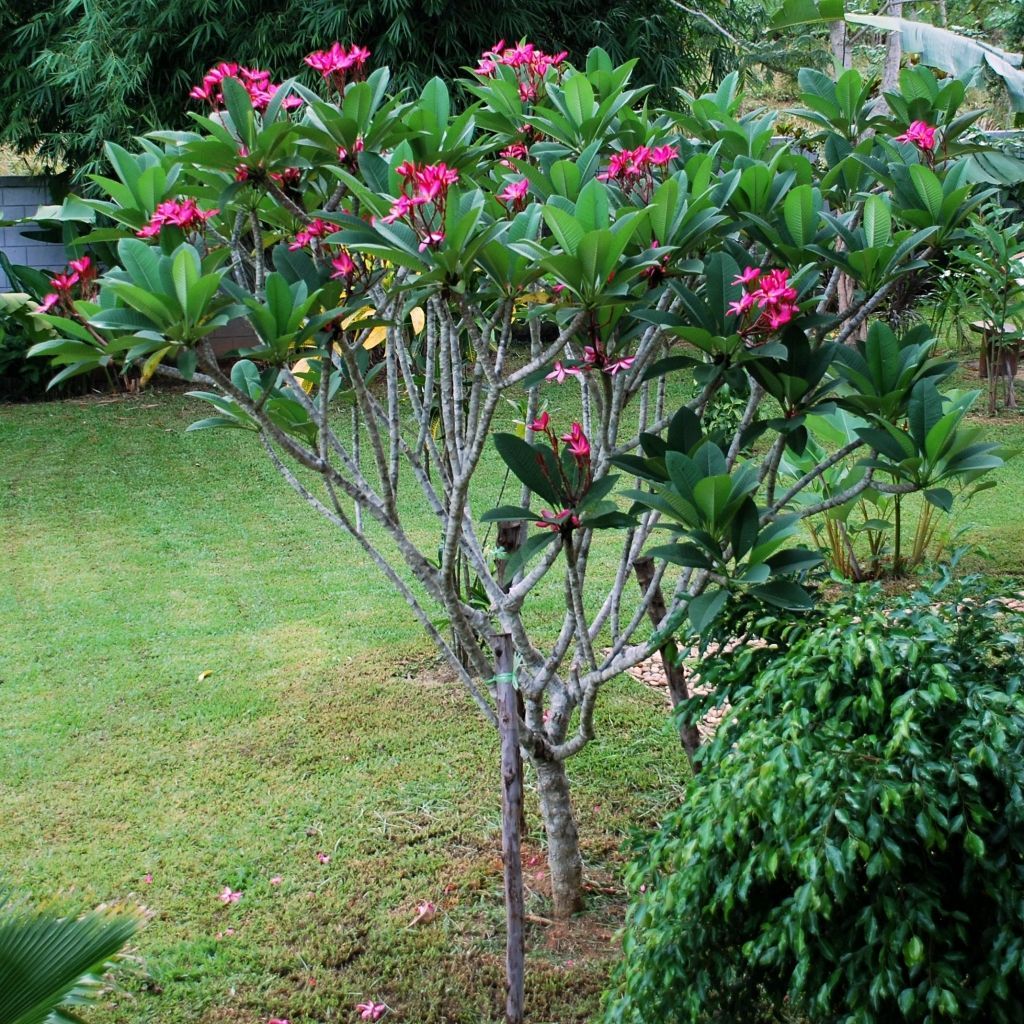