Schefflera actinophylla is a tree in the Araliaceae family. It is native to tropical rainforests and gallery forests in Australia (eastern Queensland and the Northern Territory), New Guinea and Java. Common names include Queensland umbrella tree, octopus tree and amate.

S. actinophylla is an evergreen tree growing to 15 m (49 ft) tall. It has palmately compound medium green leaves in groups of seven leaflets. It is usually multi-trunked, and the flowers develop at the top of the tree. It often grows as an hemiepiphyte on other rainforest trees.It produces racemes up to 2 m (6.5 ft) long containing up to 1,000 small dull red flowers. Flowering begins in early summer and typically continues for several months.

The up to 1,000 flowers produced by the plant generate large amounts of nectar, attracting honey-eating birds which pollinate them. The fruits are eaten by many birds and animals including musky rat-kangaroos, red-legged pademelons and spectacled flying foxes. Its leaves are a favourite food of the Bennett's tree-kangaroo.

Schefflera actinophylla is commonly grown in mild to warm climates as a decorative tree in larger gardens and, when mature, it has bright red spikes of flowers with up to 20 racemes which develop in summer or early autumn. Propagation is by seed or cuttings. It prefers well-drained soil and only needs occasional watering and feeding to thrive. It is, however, an aggressive plant and its roots can dominate surrounding soil. In some areas (e.g., Florida and Hawaii, USA) it is an invasive weed and therefore planting is highly unadvised.

With a minimum temperature of 13 °C (55 °F), juvenile specimens are grown in temperate regions as houseplants. This plant has gained the Royal Horticultural Society's Award of Garden Merit. 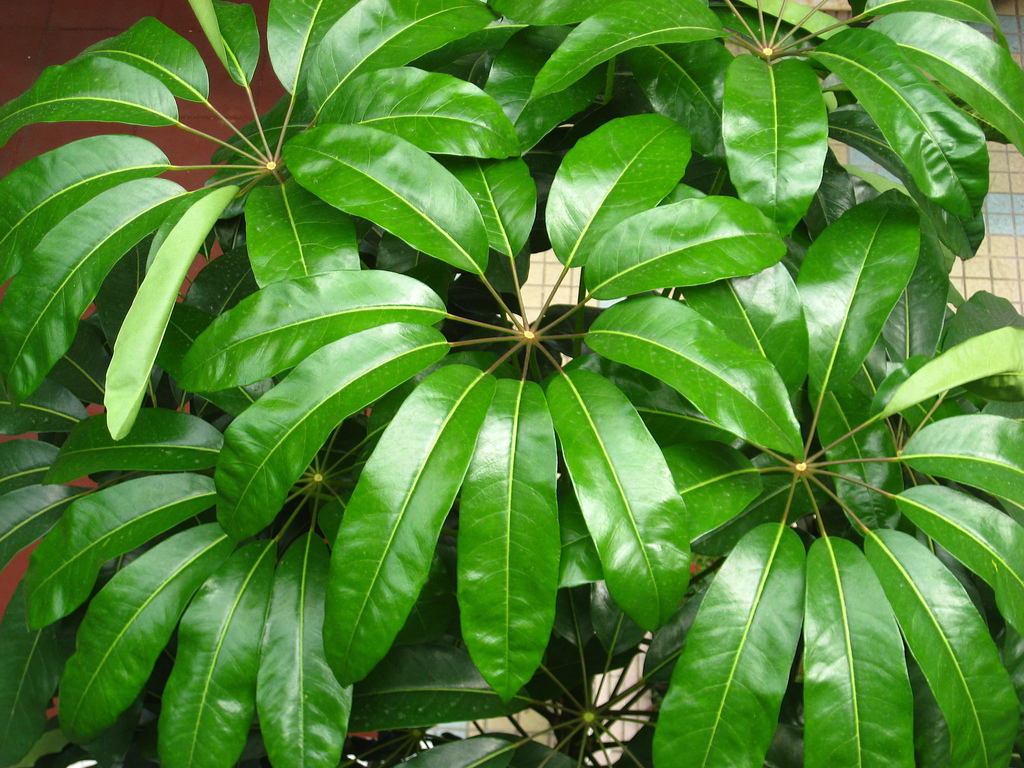