Agave americana, common names sentry plant, century plant,[4] maguey, or American aloe,[5] is a species of flowering plant in the family Agavaceae, native to Mexico, and the United States in New Mexico, Arizona and Texas. Today, it is cultivated worldwide as an ornamental plant. It has become naturalized in many regions, including the West Indies, parts of South America, the southern Mediterranean Basin, and parts of Africa, India, China, Thailand, and Australia. [6]

Despite the common name "American aloe", it is not closely related to plants in the genus Aloe.

Its common name derives from its semelparous nature of flowering only once at the end of its long life. The plant dies after flowering, but produces suckers or adventitious shoots from the base, which continue its growth.

A. americana was one of the many species described by Carl Linnaeus in the 1753 edition of Species Plantarum, with the binomial name that is still used today.

A. americana is cultivated as an ornamental plant for the large dramatic form of mature plants - for modernist, drought tolerant, and desert-style cactus gardens - among many planted settings. It is often used in hot climates and where drought conditions occur. [8] The plants can be evocative of 18th-19th-century Spanish colonial and Mexican provincial eras in the Southwestern United States, California, and xeric Mexico. 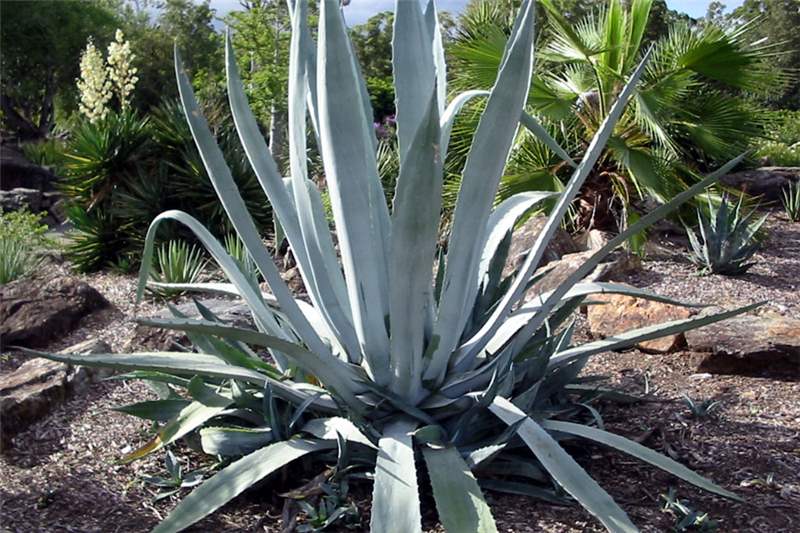