Ravenala is a genus of flowering plants with a single species, Ravenala madagascariensis, commonly known as traveller's tree or traveller's palm, from Madagascar. It is not a true palm (family Arecaceae) but a member of a monocotyledonous flowering plant family, Strelitziaceae. The genus is closely related to the southern African genus Strelitzia and the South American genus Phenakospermum. Some older classifications include these genera in the banana family (Musaceae). Although it is usually considered to be a single species, four different forms have been distinguished.

It has been given the name "traveller's palm" because the sheaths of the stems hold rainwater, which supposedly could be used as an emergency drinking supply for needy travellers. However, the water inside the plant is murky, black and smelly and should not be consumed without purification. Another plausible reason for its name is that the fan tends to grow on an east-west line, providing a crude compass.

The enormous paddle-shaped leaves are borne on long petioles, in a distinctive fan shape aligned in a single plane. The large white flowers are structurally similar to those of its relatives, the bird-of-paradise flowers Strelitzia reginae and Strelitzia nicolai, but are generally considered less attractive, with a green bract. In tropical and subtropical regions, the plant is widely cultivated for its distinctive habit and foliage. As the plant grows older, it progressively loses the lowest or oldest leaves and reveals a sturdy grey trunk. 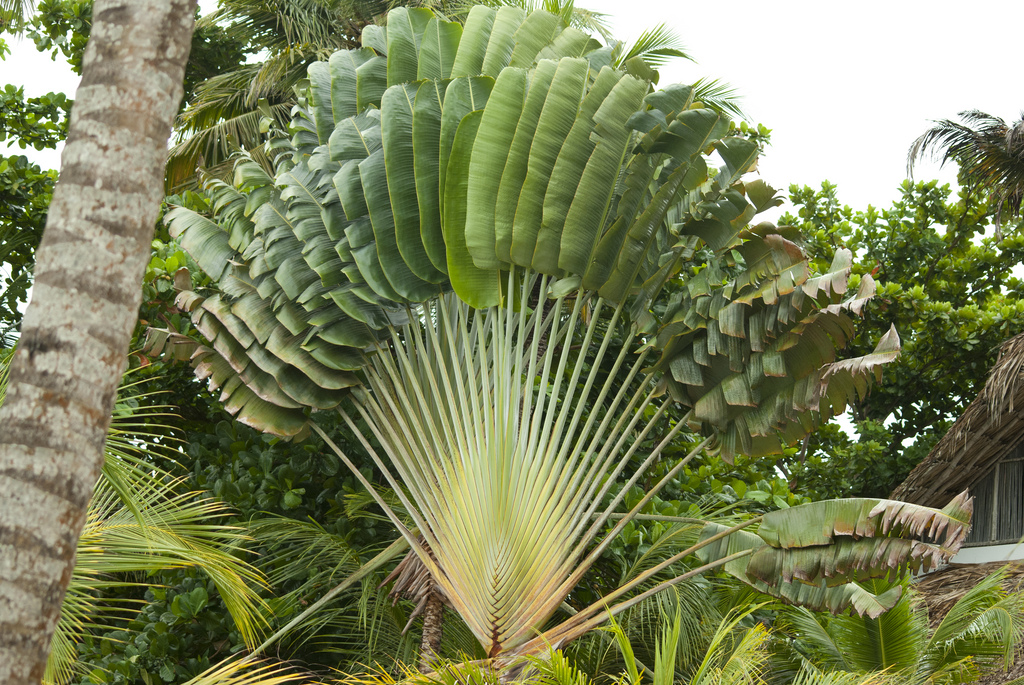